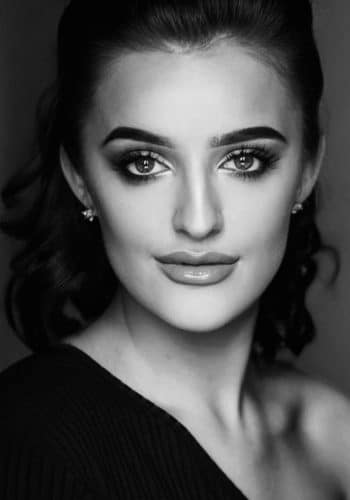 Miss Peach is a freelance Makeup Artist qualifying from DFMA Makeup Academy in London. She received training from top industry professionals in Bridal, Fashion, TV and Film.
Her passion for makeup began when she went to The Hammond School of Performing Arts where she trained in Professional Musical Theatre at age 16. Having trained as a professional singer and actress she had the opportunity to shadow Makeup Artists throughout her three years of training at college in the majority of their professional productions, which often received West End standard reviews from the industry critics. This inspired her to want to work as a Professional Makeup Artist for which she has a natural creative flare and eye for detail.
Makeup has played a very important role in her life as a singer/actress. She loves making people feel and look a million dollars. Miss Peach’s favourite makeup style is soft glam however she is a very versatile makeup artist who can create makeup looks from natural, elegant looks right through to full flawless glam.

"Love what you do"